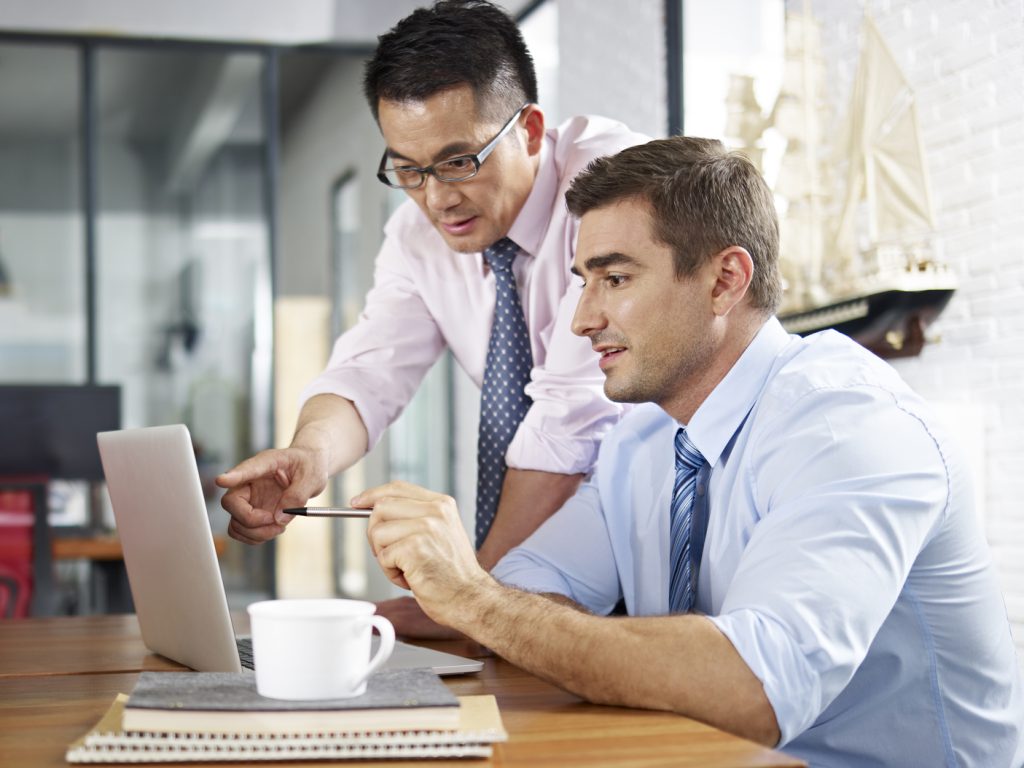 Cutting one’s teeth in a Japanese business environment is a tried and true way to put one’s language abilities to the test. In contrast to a classroom where the only thing on the line is grades, a business environment comes with much higher stakes: a careless mistake could lose a potential client for an employer, or negatively affect promotion prospects.

But greater risks come with greater rewards, and the pressures of a business environment will force one to learn from mistakes and grow. A certain degree of language ability is needed before entering the business world, and though it’s difficult to know precisely the right time, there are certain indicators that will let a student know when they’re in the ballpark.

Most Japanese-language curriculums at schools and universities have business Japanese courses separate from their general language courses. Designed to prepare students for the Japanese workplace, these courses cover everything from how to write e-mails and reports to honorific language — otherwise known as keigo.

In order to get a foot in the door at a Japanese company, people need to prove to potential employers that they have the language abilities necessary to perform the job. Of course, the desired ability will depend on the type of work. Whereas an aspiring translator will be expected to swiftly read and comprehend written Japanese, a salesperson will be expected to present a pitch and negotiate with confidence.

It can be difficult to get a resume past initial hiring screenings if there is a lack of experience. This is where credentials come into play. There are two notable certifications for non-native Japanese learners: The Japanese Language Proficiency Test (JLPT) and the Business Japanese Language Proficiency Test (BJT). The JLPT has five levels — N5 through N1 — with N5 being the easiest, and tests general Japanese comprehension.

The JLPT is often used as a standard to assess candidates’ Japanese ability, and though N1 is preferred for most positions, some entry-level openings will only require applicants to have passed N2. Regardless of certifications, applicants will need to prove their spoken language abilities at the interview.

Language is culture, and in a high-context language like Japanese, it’s no surprise that the business environment can be equally contextual. With traditional Japanese business culture being anchored in hierarchical relationships and customs — extending to business cards are given and received and where to stand in an elevator in relation to superiors — recruiters not only focus on prospective employee’s language abilities, but also on whether they demonstrate the capacity to adapt to these customs.

Nevertheless, landing a job and getting a foot in the door of the business world is just the beginning, and it will take a good amount of hands-on experience before people are able to internalize these customs so they become second nature.